There Will Be Dancing, Kemal Houghton 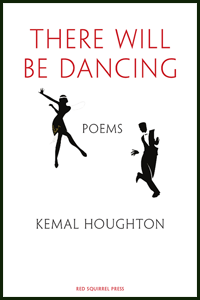 In many ways these poems outline a very recognisable world; at the same time they trace what’s strange and beautiful by highlighting details that aren’t so often drawn: the water all around us, the paths that lead who knows where, the music and seasons that swirl between.

‘Tougher than Belfast steel,’ the water that fills ‘Every Drop’ is also ‘the better part of you’. And it’s here again in ‘Offa’s Dyke Path: In Mist’, where ‘We slide in the wetness, feel / the fall of the earth beneath us.’

As well as water, paths snake through and beyond many of these poems. In ‘Offa’s Dyke Path: Horizons’, the form on the page itself snakes

to a vanishing point far,
far away.

At the top
of the pass we stop, leave the car
and follow a fox’s footprints

And music too flows through these pages. The poem ‘Music’ gets inside the music of engines, as does its protagonist, uncannily: ‘He was small enough / to climb into spaces / that other men could never reach’. There the poem describes

And there’s light too, of course. ‘The purpose of this morning,’ he writes in ‘A Sense of Purpose’, ‘is to let the sun / rise high / above this building / and drag its shadow / from one side / to the other.’

Some of these in-betweens are dark. So, ‘Doing the Cards’ at Christmas notices ‘the pages fill with scratching out’; and ‘The Darkenings’ personify

these
dark matter forms who occupy
the shadows. At first you will not
notice them standing next to you
at the station or by the bar.

But, whether gazing through ‘X-Ray Specs’, and gleaning only ‘the tarmac beneath / or the wallpaper behind’, or tracking ‘The Time Fairy’, who drips time ‘into / the waiting hours / when we are most desolate / and wanting’, this poet seems to have a knack for noticing, and celebrating, what goes on in the gaps.

The quest for a sense of purpose (title of the opening poem) is a recurring theme throughout this collection. So is the idea that Life is both a challenge and an ordeal, where situations unfold as if to test us. The title soon reveals itself as ironic:

The purpose of this morning
is to let the sun
rise high
above this building
and drag its shadow
from one side
to the other.

Meanwhile the subject sits at his office desk, contemplating birds and the distant hills, longing for escape from drudgery: ‘The gulls fly / westward, / making for the sea’. The mundane obligations of life have become obstacles to self-realisation.

In ‘Advice to Lot’s Wife’, he explores this theme further, in terms of finding direction: ‘Once you’ve decided what to do, / get on with it!’ The challenge is to hold fast to dreams and ambitions and not be distracted or led astray:

Don’t be
tempted by paths that lead away
from Zoar if that is where you say
you’re going.

This cautious optimism is then tempered by the warning: ‘Don’t […] be conformed / by cities where your brain is pawned / to pay the rent’.

In addition to the conflict between work and spirit, time is seen as another oppressor. In ‘The Time Fairy’, for example, the subjectivity of time is imagined as an external entity — some malignant sprite playing tricks to make life more miserable:

She wrings the moments
from all life’s pleasures
and drips them into
the waiting hours
when we are most desolate
and wanting.

Later, in ‘Music’, the poet revisits the idea that work can wear us down and diminish us: a friend who once played clarinet with a finely tuned ear has it ruined by ‘forty years of clanging in the shipyard din’.

I wouldn’t conclude that these poems are wholly optimistic; but rather a balance between positive and negative — sadness and joy. 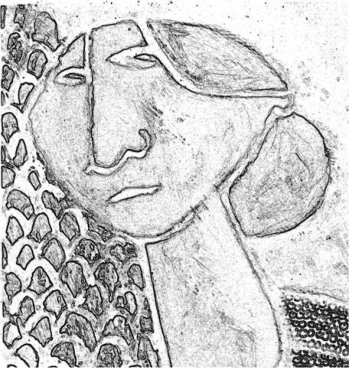